10 Netflix Movies and Shows For Business Owners To Watch. 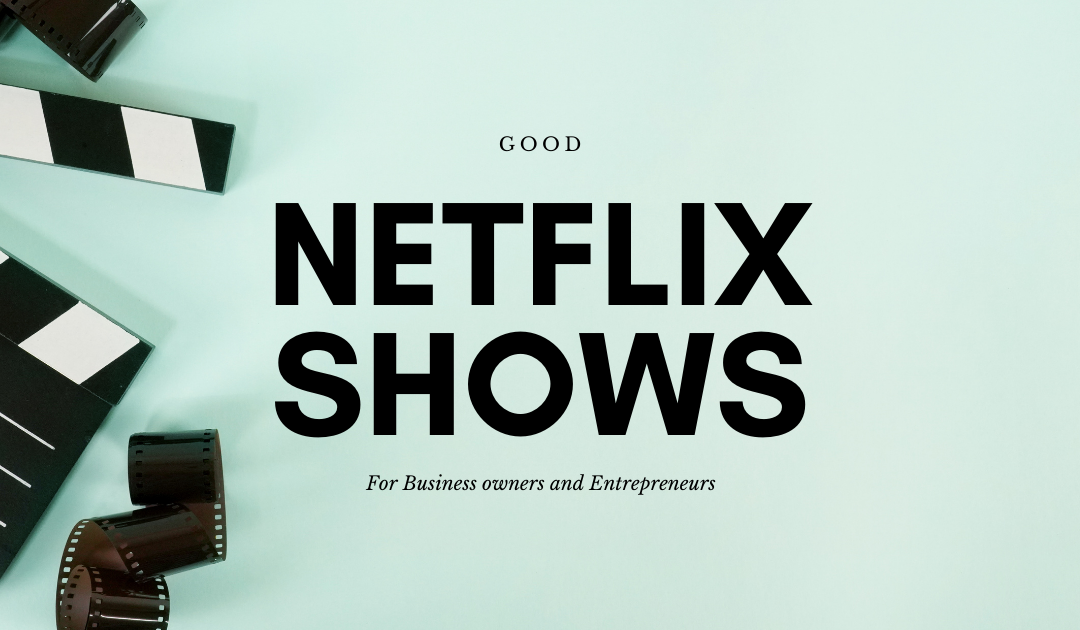 As a business owner and passionate entrepreneur, I understand that we don’t like spending time on useless things.

But here’s what I found through experience, if you’d disconnect yourself from your work, you may run out of creativity and get stuck in a repeated cycle of exchanging time for money.

However, if you want to take a short break and disconnect from your world, why not go for something to help you be better at your work.

So without further delay, here’s the list of top 10 Netflix Shows for Business Owners to Watch:

This show focuses on a simple fact, “Power moves Business.”

The show has five action-packed seasons content with Heisenberg as the alias of Walter White, which is sure to disrupt the drug industry.

In the process of growing meth, Walter gets driven by ambition and somehow works to remove competition, form alliances, and protect his partners to staying ahead. Unknown to the fact, that Business owners should calculate their losses and should be aware of when to get out, which ultimately results in Walter’s Downfall.

The death of Walter White brings the end of Breaking Bad, acknowledging the unwanted risks he took to make more and more profit out of the stake. “El-Camino,” a breaking bad movie that was aired on October 7, 2019, proved a massive hit and received a viewing of 6.5 million people just on the opening weekend.

Keynote: Business owners should research and should know when to cut their losses.

Why 99% People Will Fail This Year

The series incorporates two well-prepared heists, which are led by the fan-favorite Professor (Alvaro Morte).

The Professor believes in teamwork. The two heists are done, First on the Royal Mint of Spain and the second one on the Bank of Spain.

Money heist was to be released initially as a series which was to be told in two parts.

KeyNote- The Professor had a lot to bet on his hands planning the heist, but even after being so busy, he could spare up time working out and having an affair. Work/Life balance is essential if you are playing for the long run. If you are going to work all day and night, it will eventually make you emotionally drained and finally quit.

“Yes Man” is a 2008 comedy show starring Jim Carrey with his co-star Zooey Deschanel. The show is directed by Peyton Reed and is written by Nicholas Stoller.

Overall, the film was successful, receiving mixed reviews from critics but made $223 million worldwide.

The show pictures Carl, a bank loan officer who stays withdrawn from Happiness after his divorce from his wife Stephanie and needs someone who can change his negative outlook into a positive outlook.

His mindset and negativity always forced him to say no to every situation.

The movie is all about how Life can change predictably by just your one decision, whether it is a Yes or No.

KeyNote- Taking risks is fine until you are prepared for your business’s future outcomes.

American Factory is a 2019 American show that revolves around a new Chinese company trying to set up in American land.

The show is just about how Life can change from a happy phase to a nearly drastically destroyed stage.

Keynote- If you are establishing your company internationally, you should be prepared for cultural clashes.

The pursuit of Happiness

The Pursuit of Happiness is an American movie based on the Life of Chris Gardner.

The movie is based on the struggles of Gardner while being homeless. The unusual spelling of the word “Happiness” comes from a place where his son used to go for schooling. At the wall of that place, it was written Happiness.

This show reveals Gardner Hardships while being homeless and raising his young son while dealing with an unpaid internship as a stockbroker.

Gardner’s dream is to live a life where he is Financially stable enough to give his son every comfort of the Life, which he achieves at the end of the show when he gets the stockbroker’s job in a reputed company with his sheer hard work.

Keynote- Believe in your dream and try to achieve it with all your strength.

The Wolf of Wall Street

This Dicaprio classic is based on the biography of Jordan Belfort.

This show depicts the real-life incidents of an ashamed Wall Street Stockbroker, who got himself into the craze of living his thriftless Life.

The movie portrays some of Jordan’s infamous career incidents where he was rumored to be earning around one million dollars a week.

Keynote- Money, and greed for getting more out of everything should never be the driver to success.

Ozark is an American series picturing some classic crime drama shots and is created by Bill Dubuque.

The story revolves around the Lead couple Jason Bateman and Laura Linney. They relocate to the Ozarks for Money laundering and deal with difficulties from different ends.

The series is an absolute thriller and has mainly received positive feedback from critics, reviews, and interactions.

KeyNote – Money does not only bring personal fulfillment but also can destroy the greatest of Empires.

Something Ventured is a documentary film investigating the rise of American Ventured Capitalism.

The series follows the capitalists’ old story, who worked with entrepreneurs to build companies like Apple, Intel, Genentech, Cisco, and many others.

It is a show which includes some great interviews with many of the prominent leaders and venture capitalists.

The film aired on many television stations across the United States on local and public television sets.

Something Ventured features some of the top venture capitalists, like Arthur Rock, Don Valentine, Bill draper, etc. The entrepreneurs featured in something ventured are Gordon Moore(Cofounder of Intel), Jimmy Treybig(Founder of Tandem), Sandy Lerner(cofounder of Cisco).

KeyNote- Some extra Risks may result in unknown benefits.

The Big short is a biographical film based in America. The movie depicts how the financial crisis around 2007 – 2008 affected the US housing industry.

If you want to see what happened during the previous market crash, it is a good watch.

Keynote– Grab the opportunities while acknowledging the risks.

The series has a total of 6 episodes which is one hour each. The first episode was aired on Netflix on January 26, 2018. The executive producer of the show includes Oscar-winning filmmaker Alex Gibney. Every episode of the series focuses on one example of corporate fraud and the personal interviews of the key player involved in each story’s act.

Keynote- Always make sure you can differentiate between the opportunities and exploitations. Otherwise, you will be at risk of losing everything.

These were some of our picks for some business-related series. If you have any suggestions, please feel free to mention them in the comments section.

How To Become a Good Idea Machine?

8 Ways To Connect With Your Audience On A Deeper Level?